Prime minister May has now announced she will resign if it gets her Brexit deal through, something still far from certain. I just hope the shits who have hounded her are happy and can live with the potential of a communist Corbyn govt which is possible quite soon given the chaos the politicians we pay have caused. I have no great expectations of politicians and so I'm rarely upset at their failings but we do seem to be reaching rock bottom. So farewell and thanks Mrs May, you did your best and you fought hard against the small minded dinosaurs you were up against......I'd have taken your deal and worked on it down the line but then again I'm a bird in the hand practical person and pie in the sky is not in my worldview. 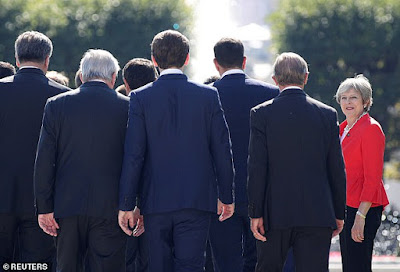 Margaret Thatcher spins in her grave.

The WA is bloody awful when you look at it. I'd rather a second referendum and Remain.

The fact is that No Deal is what the Cameron govt stipulated 'leave the EU' meant in the leaflet sent to every household.

May has been a disastrous PM. Corbyn shouldn't even be in the running - that's how awful she (and her Chancellor) is.

I don't know anyone at my level who can face voting Tory now. So use that as an indicator for your plans.

Thud
A misplaced scouser finding life somewhat different over the water from Liverpool both on the Wirral and in California. Addicted to rebuilding old houses...will I ever learn?

Blogs for a balanced diet.